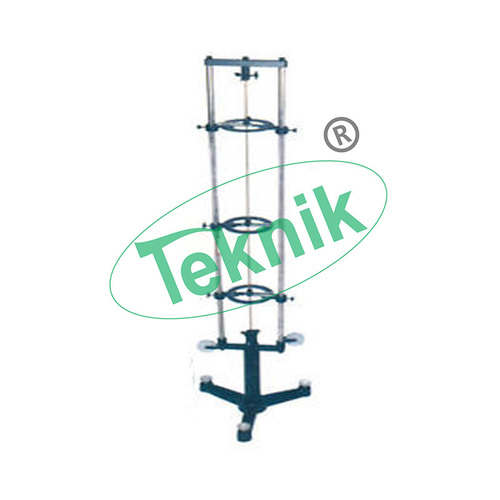 A steel frame mounted on heavy cast base with levelling screws. Upper end of the rod under test is held in a centring chuck and the lower end is clamped into the axis of a tortion. drum which can be rotated by putting load in the scale pan passing over two frictionless pulleys. Freely sliding three circular scales graduated in single degrees can be clamp d at any position. Three pointers for clamping to the test rod are provided. Complete with three test rods, strings, and two scale pans, but without weights. 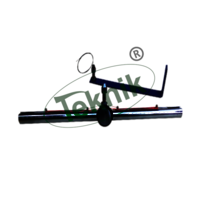 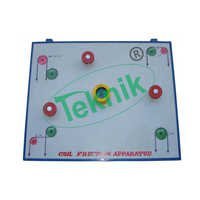 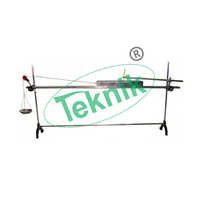 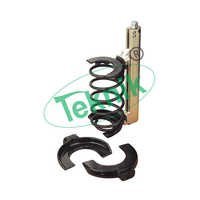 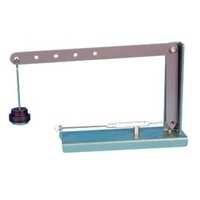